How to manage multiple robots

Before creating your own Robots, it is important to map out your Play and Robot process.

Start by identifying the following areas:

Once these factors have considered, identify actions that can be automated with Robots. Always keep in mind that you don’t have to make a Robot just because you can.

Robots should be used where they will save time on administrative tasks or keep Playbooks from becoming cluttered. Before employing a Robot, consider the following Do’s and Don’ts:

It’s possible for a record to qualify for multiple Robots. Pay attention to the priority of the Robots in the Robot tab as that is the order in which records will be evaluated and actioned. While you are creating filter criteria and Robot prioritization, be on the look-out for records that could potentially fall into multiple robots. It’s recommended you group your robots into buckets by the primary action it will take and prioritize as follows:

Robots use API calls to complete their queries and should be closely monitored. The following is a sum calculation example of API calls for one Robot.

One Enrollment Robot for a Business Development Team with 15 users:

Note: The example above uses the default 10 minute query runtime interval. Make sure you know which interval your organization is using when you calculate your API usage. If your Robots are set to run queries every 20 minutes, your API usage will be half of what it would be at 10 minutes. For more information on changing Robot query runtime, contact your CSM.
Related Article: API Call Utilization
Click this message for more information on API Calls.

The following example illustrates how multiple Robots may work together in a Sales Process. A Robot can use the filtering criteria to identify new lead records, add them to Playbooks, and enroll them in the “New Lead” Play. Depending on how you’ve set up your Play and Robot strategy, you may not need to use the “Remove From Play” action. In this example, another Robot is on the lookout for qualifying records and will move the record into the next Play without needing to remove it from the current play first.

When the lead record’s status changes from new to working, the “Working” Robot essentially un-enrolls the record from the current Play into the “Working” Play.

Note: Any examples in this article are intended to illustrate concepts and may not apply to your specific CRM or sales process. We recommend you complete the Play Maker Course entirely before attempting to create a Robot.

For more information, check out the other Robot Articles and the Play Maker Course on XANT University. 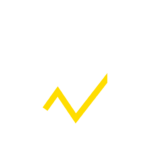